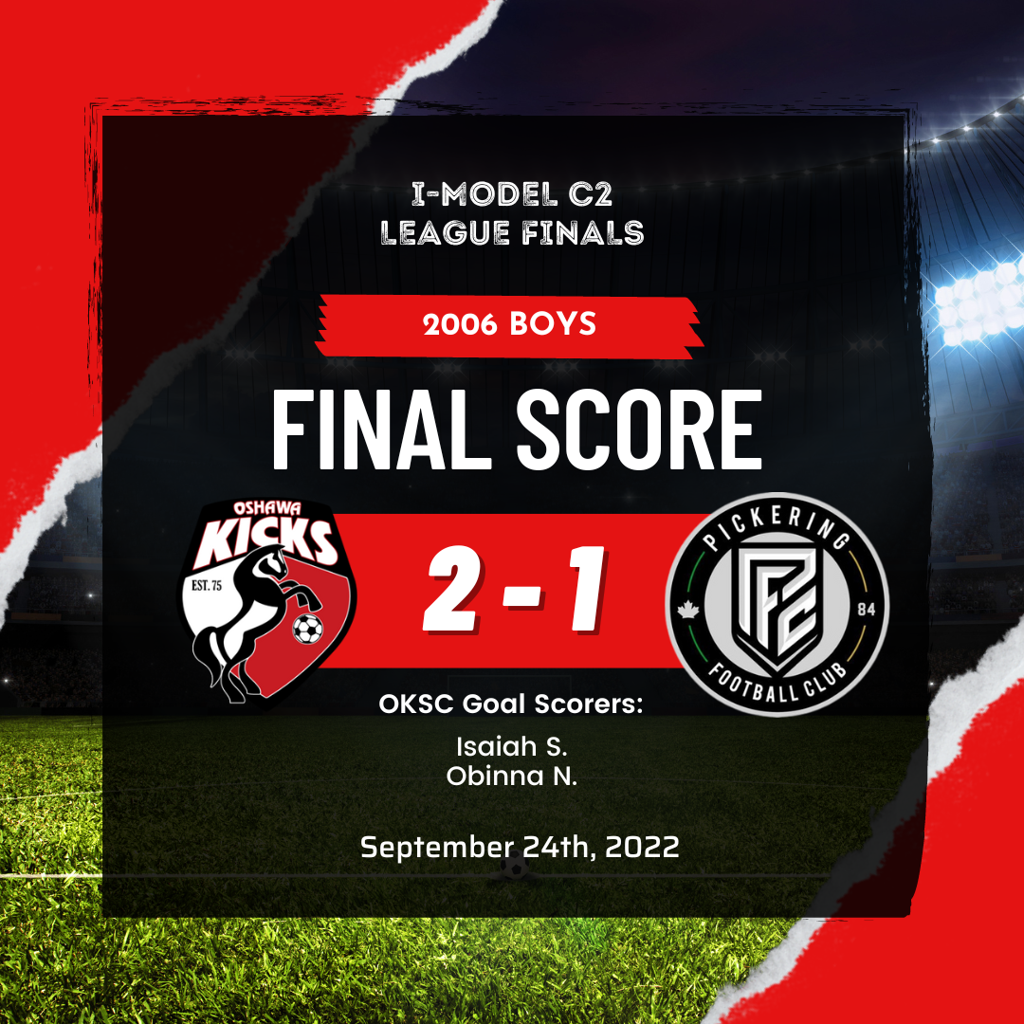 In a thrilling Saturday afternoon match, the Oshawa Kicks 2006 Boys team downed region rival Pickering FC by a score of 2-1 to win the league title!

Oshawa (6-2-1) went into the final match trailing Pickering (6-1-2) by one point in the standings and were able to pull out the victory leap them for top spot in the division. The Kicks team scored a total of 26 goals on the season while conceding 14 sporting a +/- rating of +12.

Oshawa was led offensively with 4 players in the top 10 in league scoring. Those players include:

Sebastian S. posted 3 shutouts over the season to backstop the team to top spot in the division.

Congratulations on the great season boys! We look forward to seeing everyone back for tryouts later this week.

To Find a Recap of the 2006 Boys Season, Click Here