August 7th, 2022 - Oshawa/Toronto ON. The Oshawa Kicks 2005 Boys and Girls earned Ontario Cup Quarter Finals Victories on Sunday to propel both teams into the Semi Finals! 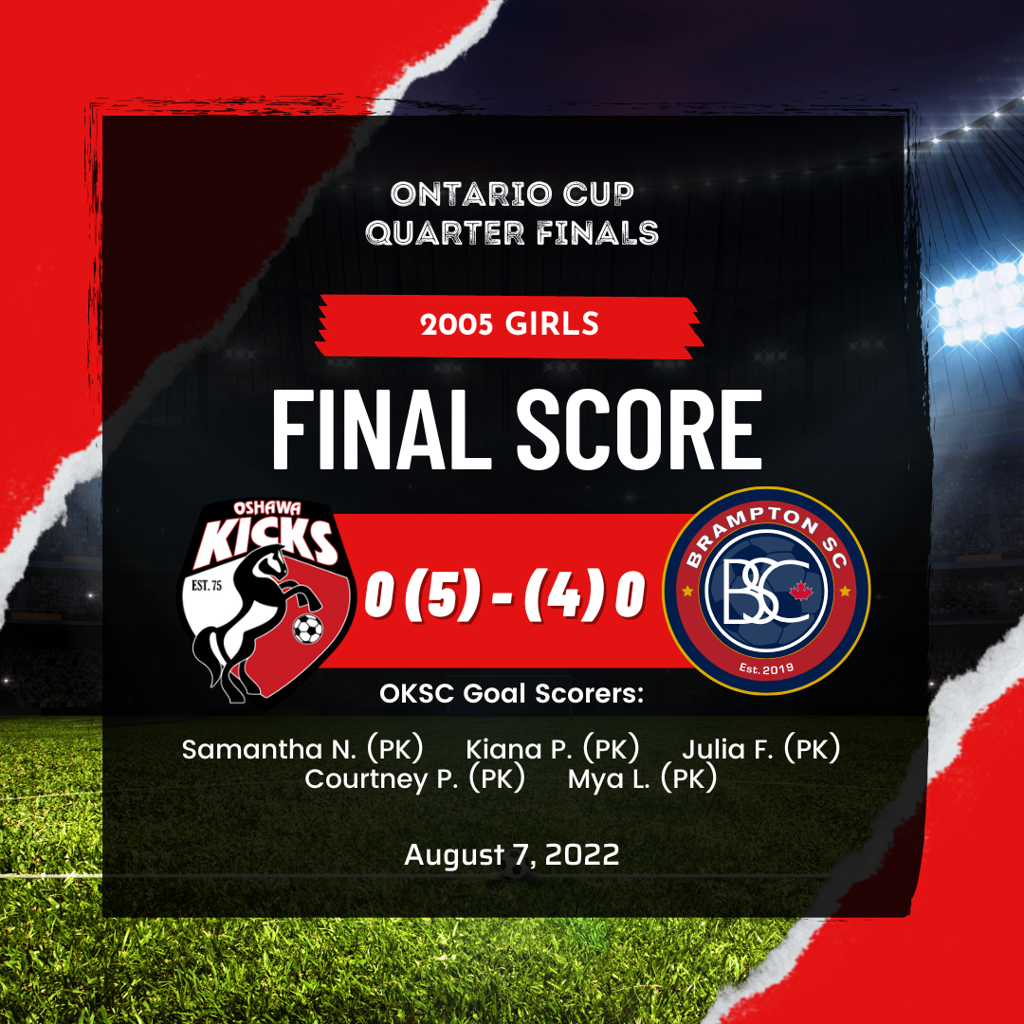 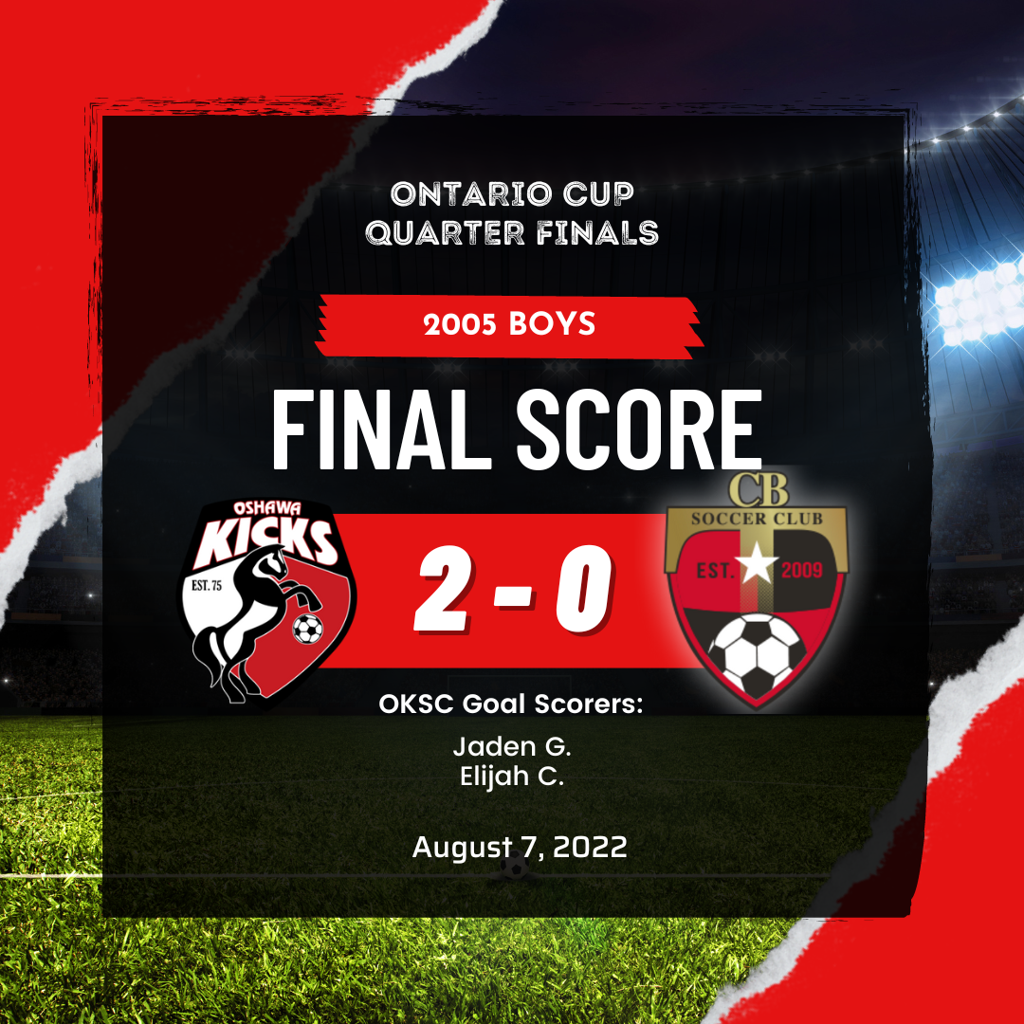 The girls kicked off their match at 2:00 pm at the friendly confines of the Oshawa Civic. Controlling most of the game and amassing multiple scoring chances, the team hit numerous posts and cross bars but just couldn't find the net.

Forward Kiana P. was relentless with her effort and speed down the line giving the opposing defense all they could handle.

The team's own defensive line was solid with a stand out performance from Mya L. who was able to step up and thwart multiple offensive attacks from the Brampton side.

The game remained deadlocked after regulation time and the teams went into penalties to decide their fate.

OKSC Keeper Hayden H. made two stops in the shootout to secure the win with Samantha N, Kiana P, Julia F, Courtney P. and Mya L. scoring to give the team a 5-4 victory after penalties.

The team will now move on to the Semi Finals on August 28th where they will face Caledon United FC at Esther Shiner Stadium in Toronto.

The boys entered hostile territory as the visiting team facing off against Cherry Beach at Monarch Park Stadium in Toronto. The match kicked off at 3 pm as the club's second quarter final matchup of the day.

On a hot afternoon, made even hotter by the turf, both teams came out slow in the first half which ended 0-0.

Making adjustments to pick up the pace of play and energy heading into the second half, the team applied non-stop pressure on their opposition hitting a few posts and seeing a sure goal taken back by the Cherry Beach keeper.

A fantastic defensive mid-field effort rallied the team to transition and score twice en route to a 2-0 victory!

The team was led offensively by goals from Jaden G. and Elijah C.

They will now move on to the Semi Finals on August 28th where they will face the winner of Erin Mills vs Kitchener at University of Guelph Fields.