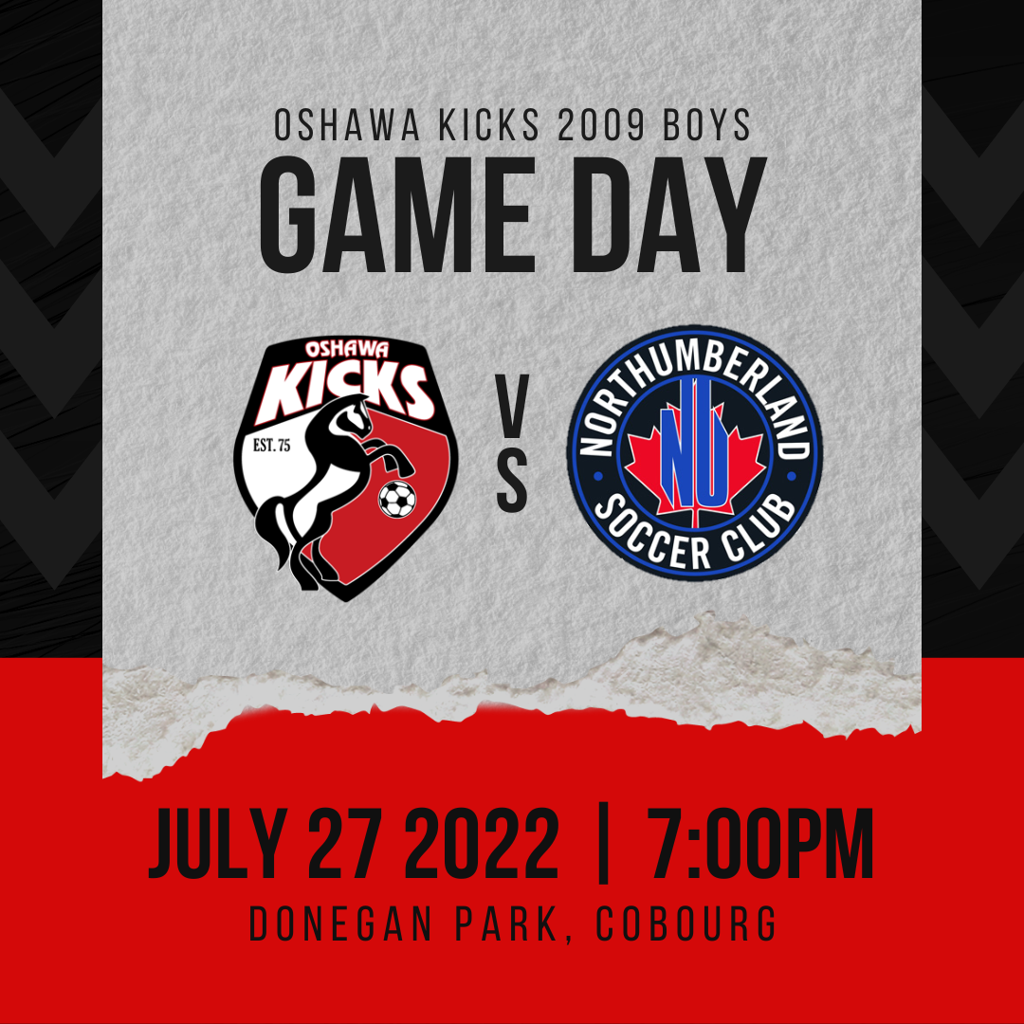 July 27th, 2022 - Oshawa ON. The Oshawa Kicks 2009 Boys Team will look to return to their winning ways in second leg of back-to-back games vs a Northumberland United U14 squad.

They will be looking to rebound after the U14 Northumberland Team ended their 3-game winning streak just last week downing them by a score of 3-0.

It will be a tall task playing against the older U14 squad but the team will be up for the challenge. They head into tonight's contest sporting a regular season record of 5-3-1 out scoring their opposition by a total of 39 to 23.

The team is currently being led on the score sheet by Orvis M. who has netted an impressive 16 goals so far this season through 9 contests.

With 9 games remaining on the schedule, the team is positioned well to end the season strong and they will look to begin their push tonight on the road vs Northumberland.

The game will be played at 7:00 pm at Donegan Park in Cobourg.

Please show out and support the team this evening as they kick off the second half of their season!